On Saturday we had the first Wellington Region Vintage Computing meet, held at The Office cafe, Marine Parade, Paraparaumu. This was the second meet organised through the New Zealand Vintage Computer Forums.

We had a turnout of six vintage computing enthusiasts, and my son Callum came along for the ride. 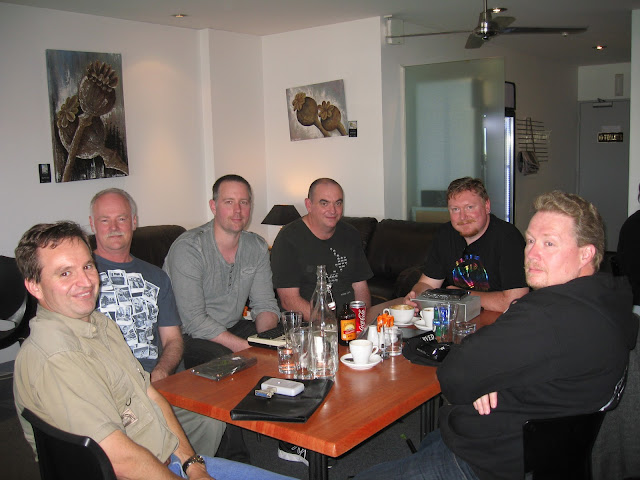 I had suggested that we each bring something to show off; I brought my 8800micro, Philip had his Tandy Model 102 with NADSbox, Terry brought a PetDisk SD card interface for the Commodore Pet, Mike brought a Sinclair ZX80 still in its polystyrene box and Matt had a keyboard faceplate for a rubber key Sinclair ZX Spectrum. 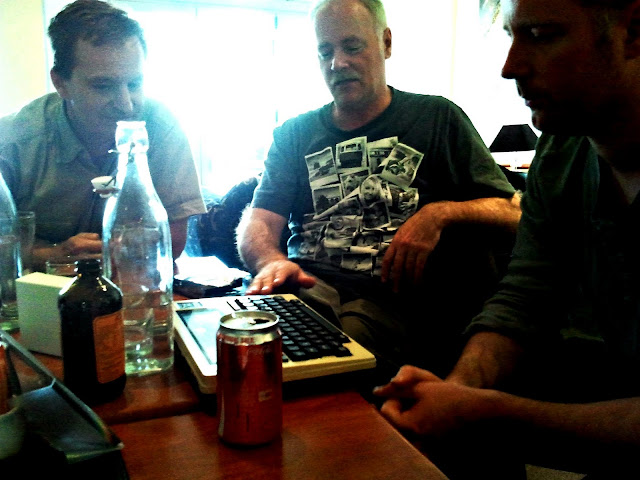 We spent a couple of hours chatting about all things vintage, and I started having SD card problems again. I had a great time, and look forward to the next meet 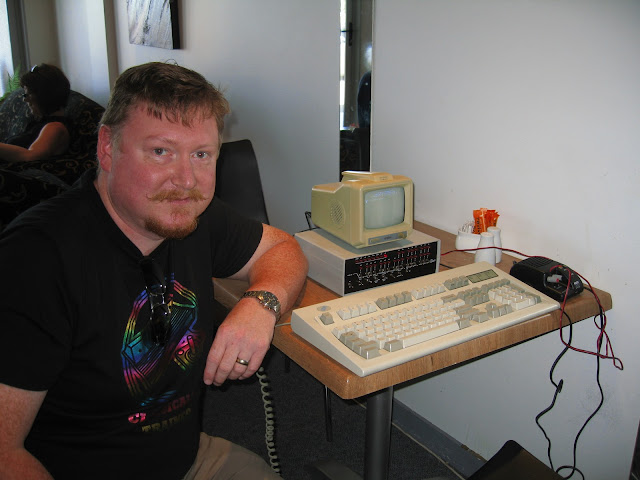 Many thanks to Andrew for organising the event and posting up a summary. I also had a great time talking vintage computers with those that came. It was good to meet some new people and put faces to usernames. Hopefully this has started a trend, and with two now under our belt, we can have more regional meetings (and maybe sometime a national get-together) sometime in the future.

One thing I'd like to explore is some sort of on-line "event" this year which everyone can participate in no matter where they are. Anyway, I'll mull about this in another post.

@Matt, the time pased so quickly I never discussed further the Spectrum cover. I'll send you a PM about this. Might be what I need to tidy up my scruffy spectrums.

@Mike (asci) It's raining here today so I'm about to dig up the QL and see if I can get one of my BBC drives going on the interface you provided. Good material for another blog article if it works.
Tez (Terry Stewart) (Administrator)
Collection: https://www.classic-computers.org.nz/co ... /index.htm
Projects and Articles: https://www.classic-computers.org.nz/blog/index.htm
Twitter: @classiccomputNZ | YouTube: Terry Stewart
Trade Me: tezza5

tezza wrote:One thing I'd like to explore is some sort of on-line "event" this year which everyone can participate in no matter where they are. Anyway, I'll mull about this in another post.

Yes, Google Hangouts look perfect for this kind of thing - Limor "Ladyada" Fried and Adafruit Industries runs regular show-and-tell Google hangouts for electronics hobbyists and they seem to work very well. The only downside is everyone needs a Google+ account.
lizardb0y / Andrew
Just another 8-bit hustler

Users browsing this forum: No registered users and 7 guests